The last camp of the year

The weather is getting cooler and the evenings darker,  but we managed to fit in one last camp of the year.

Having already practised, the tarp shelters were quickly up and the children settled in. Then time for a bit of wood collecting to keep the campfire going. We were going to need it, as well as being a nice focal point of the evening all our cooking for the weekend was done over the fire too. 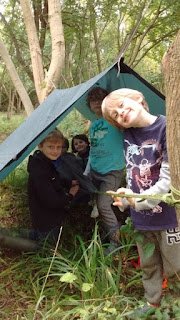 With everything prepared there was time for some whittling. For those who hadn't had much chance to do any before we started simple with some marshmallow sticks and gnomes. There were also some more advance projects for those who wanted something to get stuck into. Some beautiful wooden mallets were created. 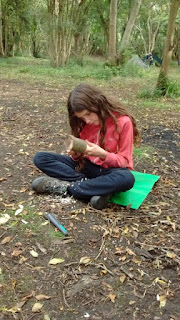 Sunday morning everyone chose the items they wanted for breakfast, to be cooked in a paper bag! 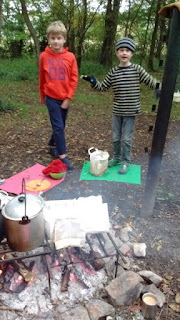 There were also campfire hotdogs, with the bread cooked on a stick over the fire. 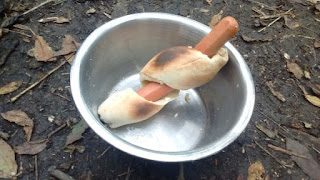 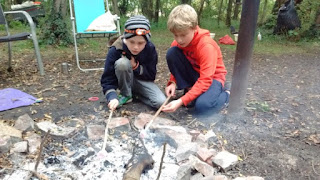