Camping by the Sea

This years summer camp was held at Ringstead Bay, a beautiful site on the cliff top over looking the bay. We were able to spend some time each day down on the beach exploring and paddling.

There was also lots of fun to be had on the site, with bushcraft and archery proving particularly popular.

This year Woodcraft Folk celebrates it's 90th anniversary, so we held a 1920's theme day. Performing songs and ceremonies which were written for the beginning of the Folk by our founder Leslie Paul. We did a traditional wapenshaw, where everyone tidied there tents and laid out their equipment and had a menu which would have been familiar to 1920's campers too. It seems they ate quite a lot of cake!

Later in the week a walk across the cliffs into Weymouth for ice cream and fish chips was fun, if a little damp.

This years wide game was based on Alice in Wonderland, with the aim being for each team to collect a suit of cards to present to the Mad Hatter. Much buying and trading of cards was needed, and there were lots of mini games to take part in to earn tokens. Flamingo croquet was popular, though not everyone was convinced that the hedgehogs and flamingoes were so keen. The doormouse needed help with her giant tea pot and tea bags, the caterpillar kept people guessing with his word games and everyone was needed to make red roses to keep the queen of hearts happy.

For the Pioneers and Venturers the day ended down on the beach, sleeping out and stargazing. 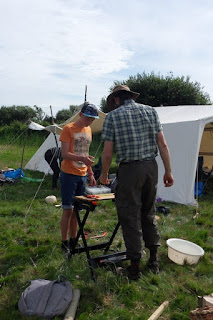 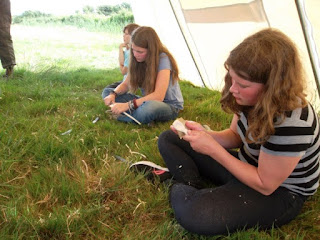 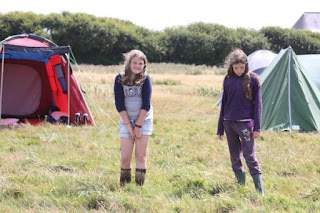 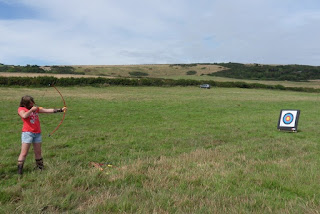 As well as the sound of the sea, evening brought out the noisy and surprisingly large insects too. 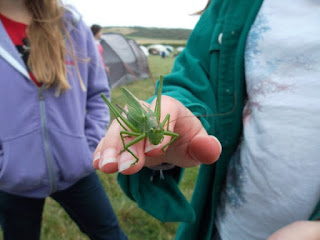