Our sessions will restart on Sept 13th, please get in touch if you are interested in joining.  We have places available for children aged 6 - 11.

Around 50 people from groups across Bristol joined for a week of camping in Wales.

Our site had many molehills, the combination of loose soil and the frequent rain showers delighted our youngest children who had great fun in the mud. There was plenty to keep the bigger ones busy too, we made kites, tie dyed t shirts, made some fantastic mirrors decorated with bits and pieces found on our walks and as always at camp the bushcraft area was popular with lots of children whittling green wood to make toasting forks and butter spreaders as well as having a go at lighting their very own campfires. 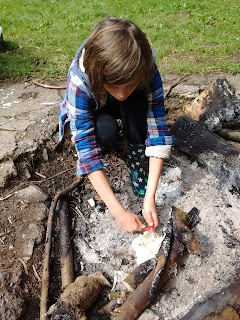 The fire was also a focus for cooking and eating together, there's nothing quite like a campfire potato. Yummy! 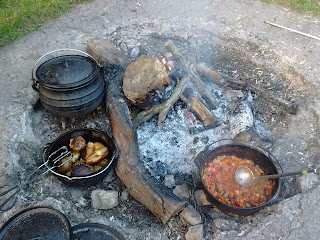 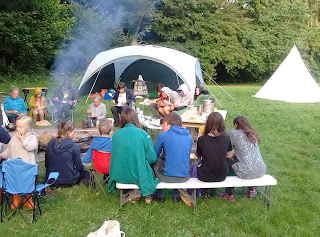 On Monday afternoon the whole camp joined together for a fast paced game, based around two unhappy tribes of shellfish who had to join together and defeat the sharks, assisted by our very own Poseidon. 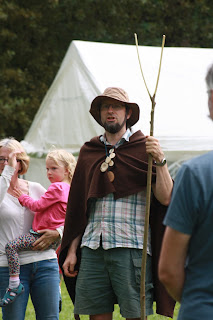 The evenings we packed too, as well as our usual campfires we were joined by a local moth expert. He brought along several moth traps, don't worry, the moths were not hurt, just attracted by the light so we could see them.
It was amazing to see just how many different species we were sharing the space with. We were also treated to an aerial display by the local bats several times, and a few of us stayed up hoping to spot a few meteors. 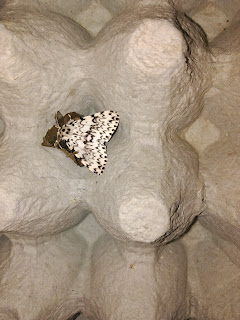 Being close to the beach we were able to head off site and explore the coast too, whether that was building sandcastles, finding caves in the cliffs or body boarding. 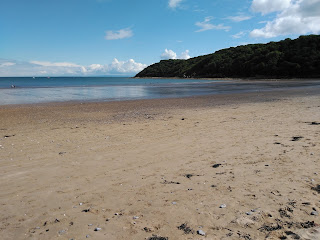 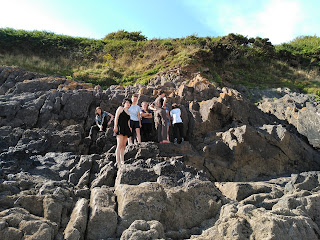 It was great to see our young leaders in action too, many of whom have come all the way through the group having joined when we first began in Bradley Stoke. Each camp we divide into "clans" who take it in turns to make sure all the daily chores are done. Each clan was lead by two of of young leaders, who worked hard to make sure that everyone was included and all the work was done. They also excelled themselves running games, crafts and even reading bedtime stories to the youngest campers.

There is nothing like a warm summer evening for playing games and exploring outdoors.  Our final term of the school year is always a busy one for games whether it's Frisbee, rounders or hide n seek. That's not to say we don't find time for some other things too. 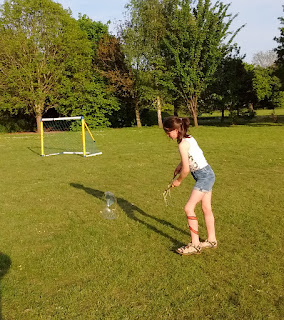 Indoors we had fun playing games, this one took a lot of skill to keep everything balanced. 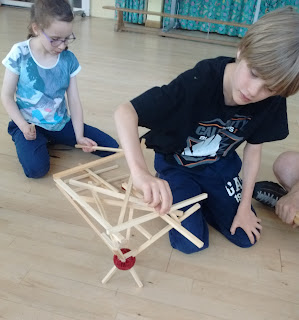 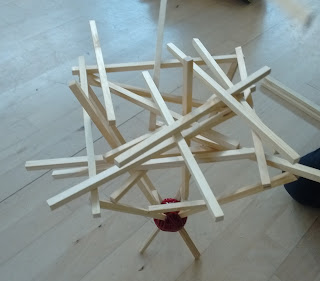 We were also getting ready for the summer camp, making our own personalised groundsheets to sit one. 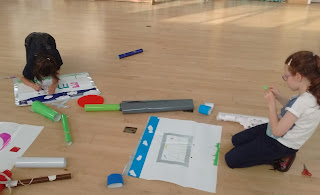 Summer is also the time when we get out and about running events at the local festivals, this year we were in both Bradley Stoke and Patchway. The wooden badge making proved quite popular, with a number of children remembering us from the previous year. 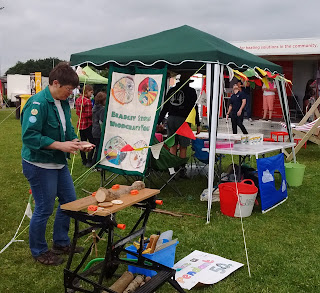 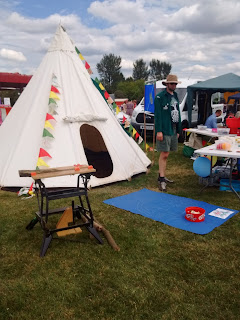