We're going on a bat hunt

Although it's a little early in the year for bats to be out of hibernation we though after this very mild winter we'd see if any where up and about early this year. So this week we borrowed some of the bat detectors from the library and set off into the woods.

It was a early in the even for the bats to be out, so before we got the bat detectors out we had time for a few round of capture the flag. Great fun was had using the bushes as cover and trying to sneak up on the other team's base. 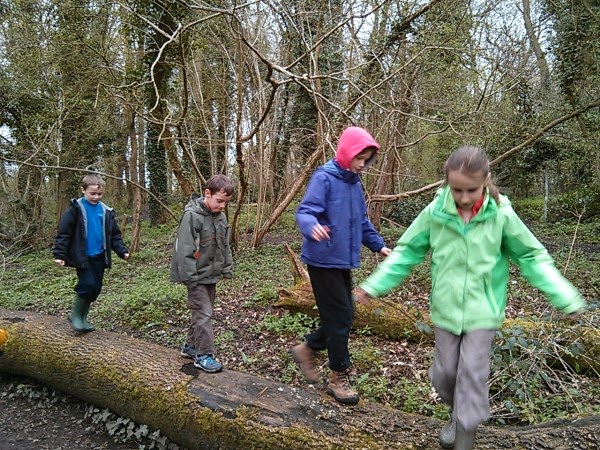 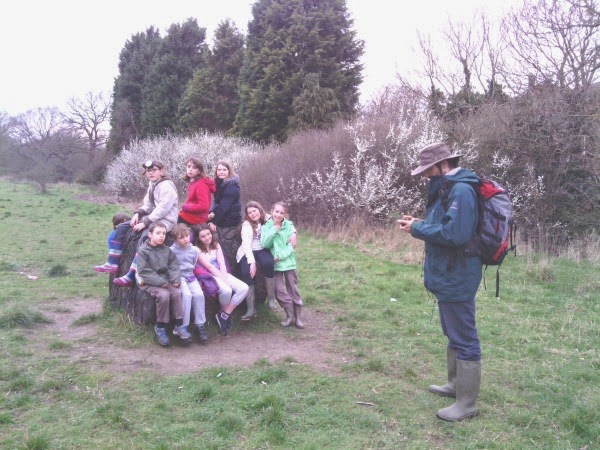 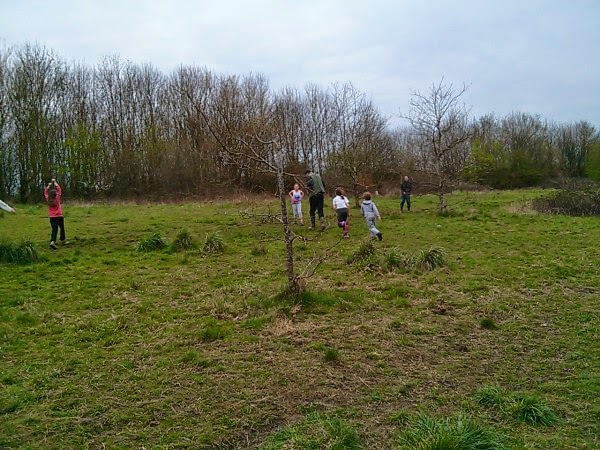 After a drink it was time to try out the bat detectors. There were lots of birds swooping around over the woods, so we thought there were probably insects out. A yummy meal if you are a bat
Having tuned the detectors in we demonstrated how they work by listening in to a jangling bunch of keys, investigating how far away we could hear them, and how accurately the bat detectors had to be pointing at the source of the noise.

As we walked around the pond and along the stream we kept as quiet as we could and listened in to the detectors.
Sadly we were not in luck tonight, perhaps the bats are still in hibernation or we were too early in the evening. We'll defiantly be trying again later in the year though, as it was great fun.
Posted by Jenny at 01:53