Tonight we decided to focus on games.

Most evenings we start with a few games, to get everyone moving and thinking. Tonight was no different, a few rounds of ball games, then a quieter game of Three Step Tag.

On person is blindfolded, the rest of the group then take 4 or 5 steps away. Once everyone is quiet the game begins. The aim is for the blindfolded person to make their way around the room, and try to tag another player. The rest of the players can move away, but they are only allowed to take three steps for the whole of the rest of the game. Once their steps are taken they can duck and dodge but must keep their feet still.

After a break for a drink and to catch up with what everyone had been doing over the week we used our craft time to make some more games equipment, and see how many ways we could use it.

First, some paper darts which are shot off the end of a straw. They were great fun but quite delicate. It took a bit of practice to be able to thread them back on the straw for another go.

We had a go at some target practice, and seeing how high and how far people could shoot them.

The second activity was making our own bats for a game of balloon tennis. The children came up with a  whole range of games using the bats and balloons. Both tennis and table tennis worked well. We had a group challenge of how long we could keep all the balloons in the air, several balloon and spoon races. 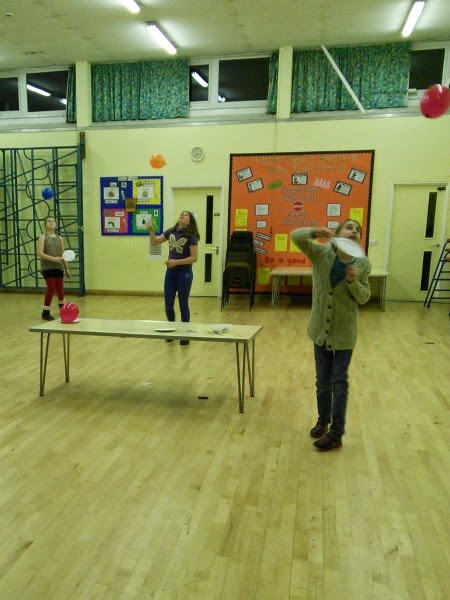 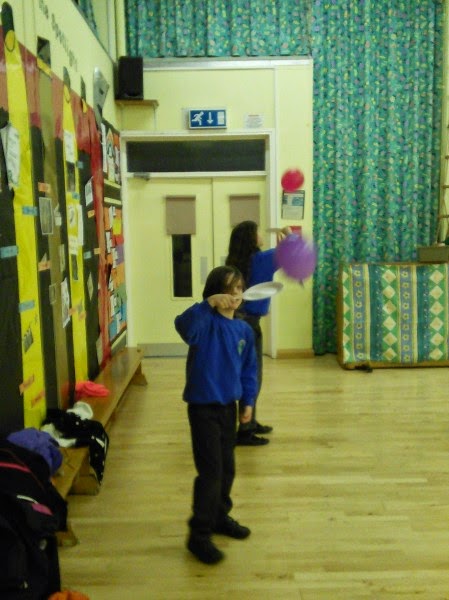