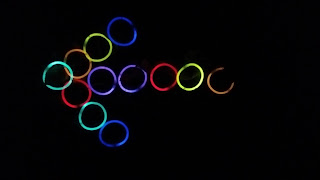 That's right, this way to the woods and our traditional last night of term fun.

Tonight's games had a certain glow about them as we all played the part of fireflies. You may not know it but fireflies are happiest when they change the colour of their glow frequently, they have to cycle through the colours in the correct order though. Young fireflies learn one of two rhymes to help them know which colour to change to next.

As we don't have the advantage of built in glow so we used glowstick bands to show our current colour, and had to chase another firefly to swap bands, while hiding from those who were trying trade us back the wrong way. 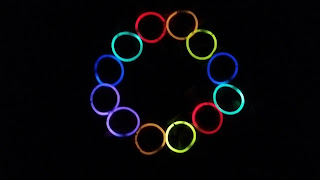